Experts in all
creative services. 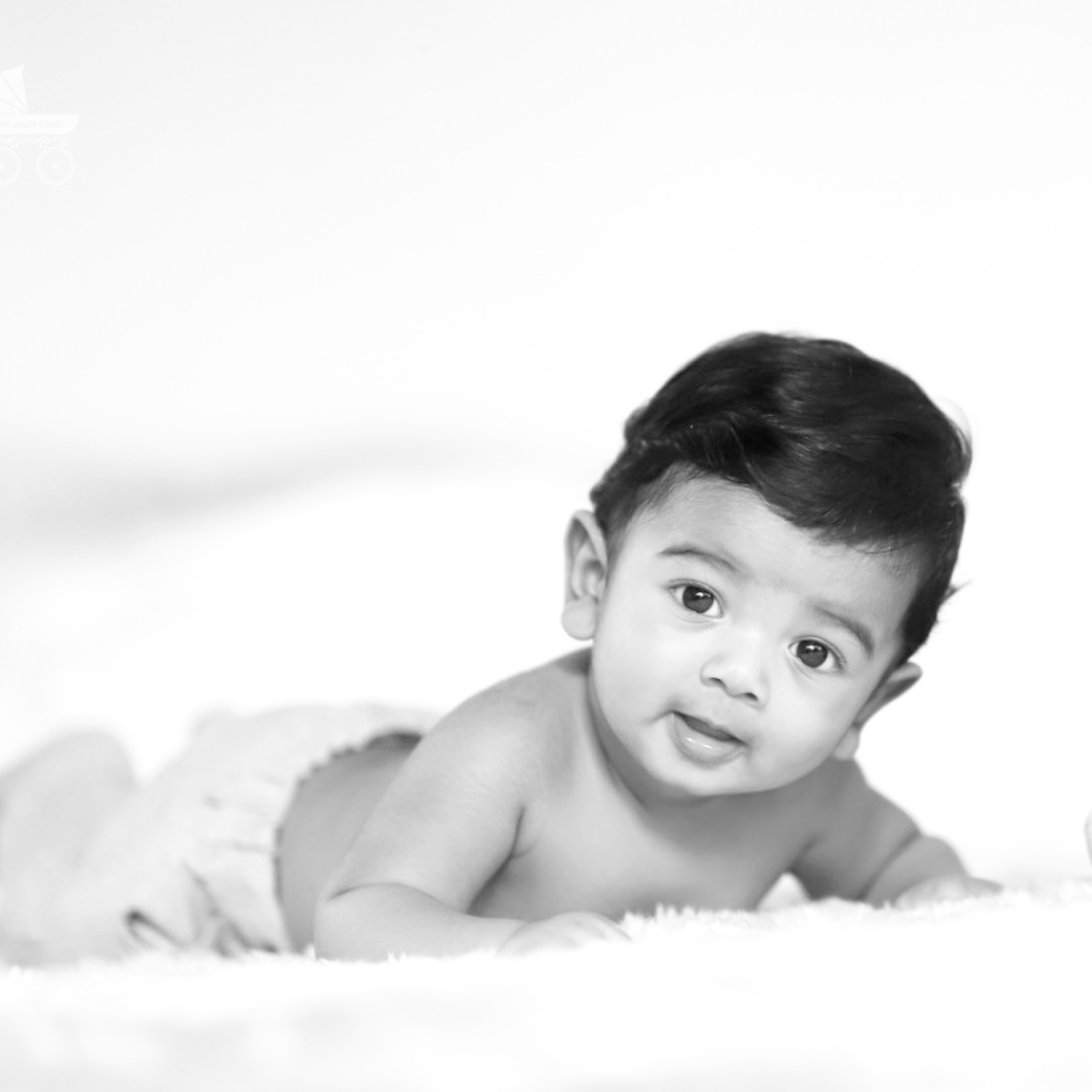 He joined the company 1 year back on the 7th of July 2018. His creative and managerial skills from the day he was born made the partners consider making him Chairman of the company. He comes to the studio every morning and gives a motivational smile and a few words to the staff making sure all are happy and stress free during working hours thus making 365° a very happy place for everyone to work as a team. 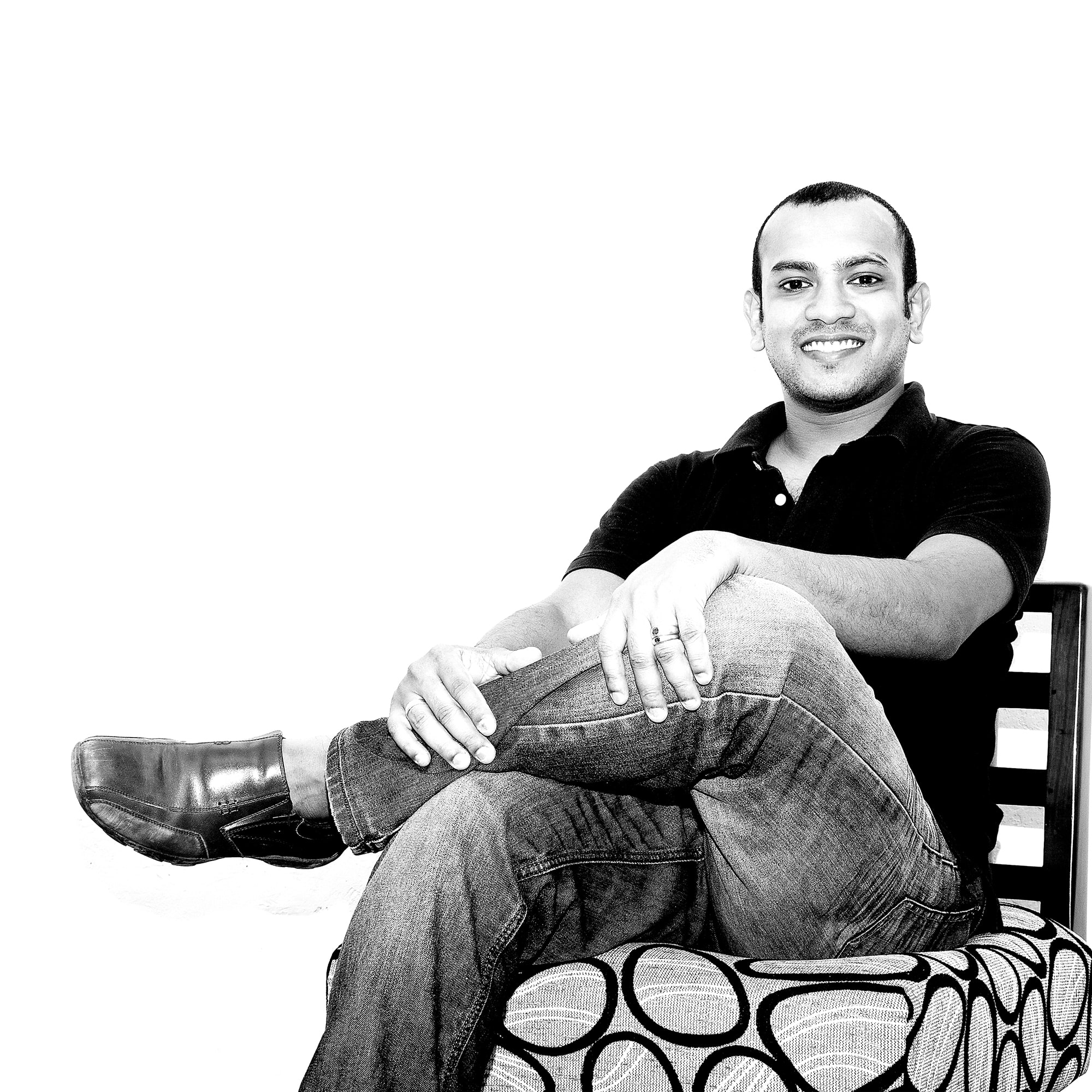 Having studied at Royal College Colombo 7 - Sri Lanka, Kishan’s interest in design and photography at the tender age of 15 is what laid the foundation to his expertise in design and photography. Later equipped with a BSc in Business Management from Manchester Metropolitan University U.K, Kishan had a solid grounding in the business side of things, which helped make his bold move of starting on his own and making it a continually thriving success story. Kishan’s ease of rapport and ability to build relationships with clients began first with his experience at Sri Lankan Airlines for almost 2 years and later at Serendib Trading in Sydney, Australia. These experiences, fuelled his abilities furthermore when he began his own design studio, ‘365°’, partnering with his parents. Today, having embarked on this solo mission, Kishan has taken 365° from strength to strength, so much so, that the ever-expanding creative team is now comprised of 9 members, each a strong contributor, in their own area of expertise, from creative, marketing strategy to the business side of things. Over the years ‘365°’ portfolio having started at its inception with accounts such as Fonterra Brands (Sri Lanka, UAE and Singapore), AmeriCares, USAID, UNIDO, Land Rover and Range Rover, Nestlé Lanka, Jumeirah Maldives and Anantara Hotels Sri Lanka has gathered many more accounts. 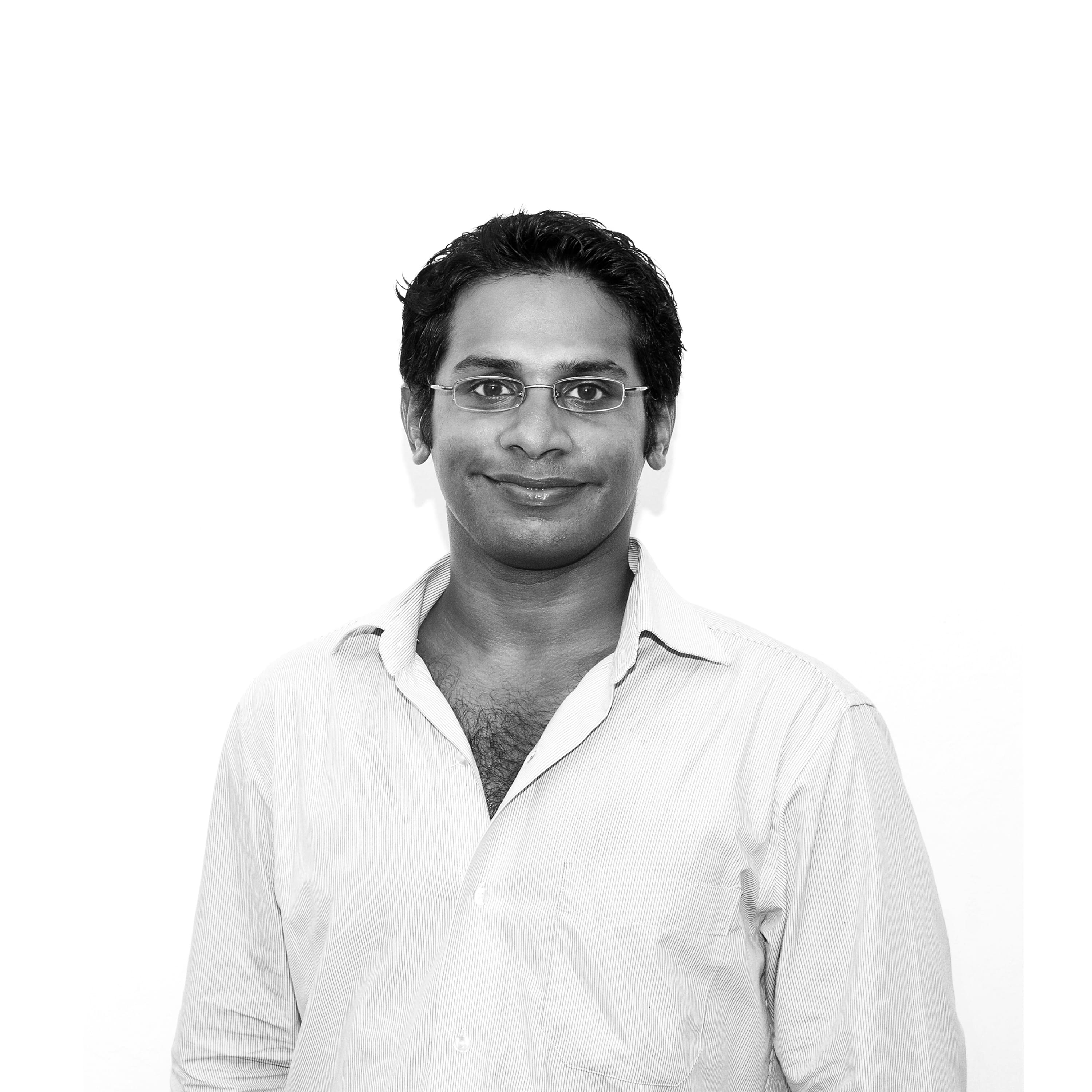 An alumnus of S. Thomas&#39; College - Mount Lavinia, he is equipped with more than 15 years in the world of strategy and creative communication is supported by his BA in Multimedia Design obtained at Curtin University, Perth, Australia, a Diploma in Graphic Design from ACBT and a Diploma in Advertising and Communications from the SLFI. Pierre has over the years polished and honed his skills by working in the cream of both local and international advertising agencies such as A&amp;D Advertising, Copyline, Bates, HP&amp;S, Saatchi &amp; Saatchi, Phoenix Ogilvy, Grant Dentsu, BBDO (annually rated consecutively the world’s most creative Agency Network by The GUNN Report, the world’s only definitive benchmark to rate creative strength of advertising agencies). Owing to the plethora of international agencies worked at, Pierre has acquired an acute sense of skill which enables him to push brands so that business objectives are met with creative effectiveness ensuring a win win situation for both client and agency. Some of the clients who have benefitted from his expertise to name a few are NDB Bank, Allianz, Hatton National Bank, Nation’s Trust Bank, EWIS, Metropolitan, Singer, Ceylinco Healthcare Centre, Asian Paints, Eveready, LOLC, Glucolin, Panadol, DHL etc. When Pierre is not busy with his LAMY fountain pen trying to crack the next big idea, he is busy with his charity TandemVison.org initiated and continued in memory of his 3-year-old son Sidharth who passed away in 2016. The charity facilitates for the fist time in Sri Lanka the opportunity for children and adults who are blind to enjoy a bicycle ride via tandem bicycles. 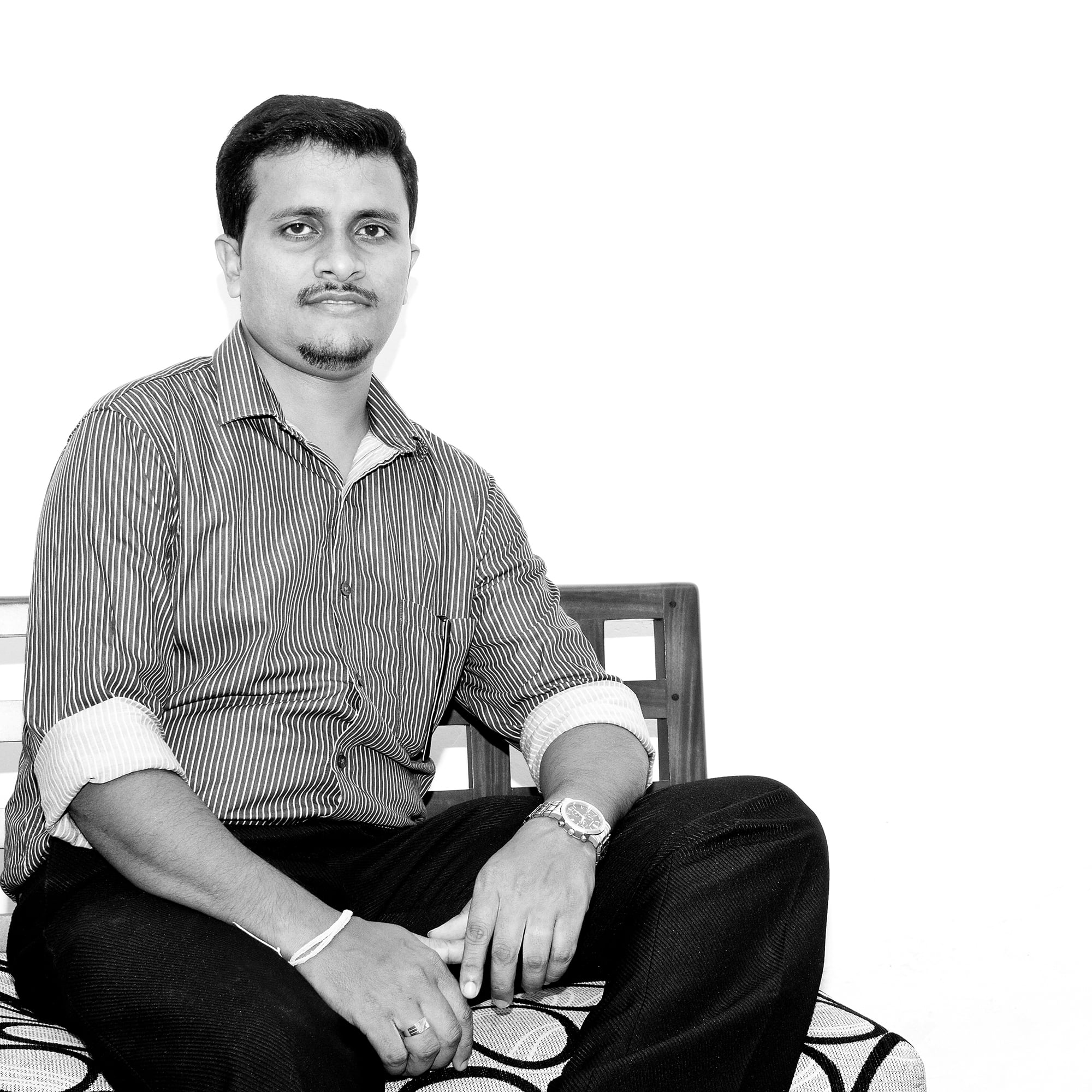 Having begun his career in 2001 with Blitz advertising, under Mr. Michelle Nugawela has gained much experience over the years in graphic designing and final art production. With over 15 years of experience behind him, he works on international brands such as Riococo USA, Hyleys USA, IBIS Hotels UAE and locally on Nestlé Lanka packaging projects for Coconut Milk Powder. 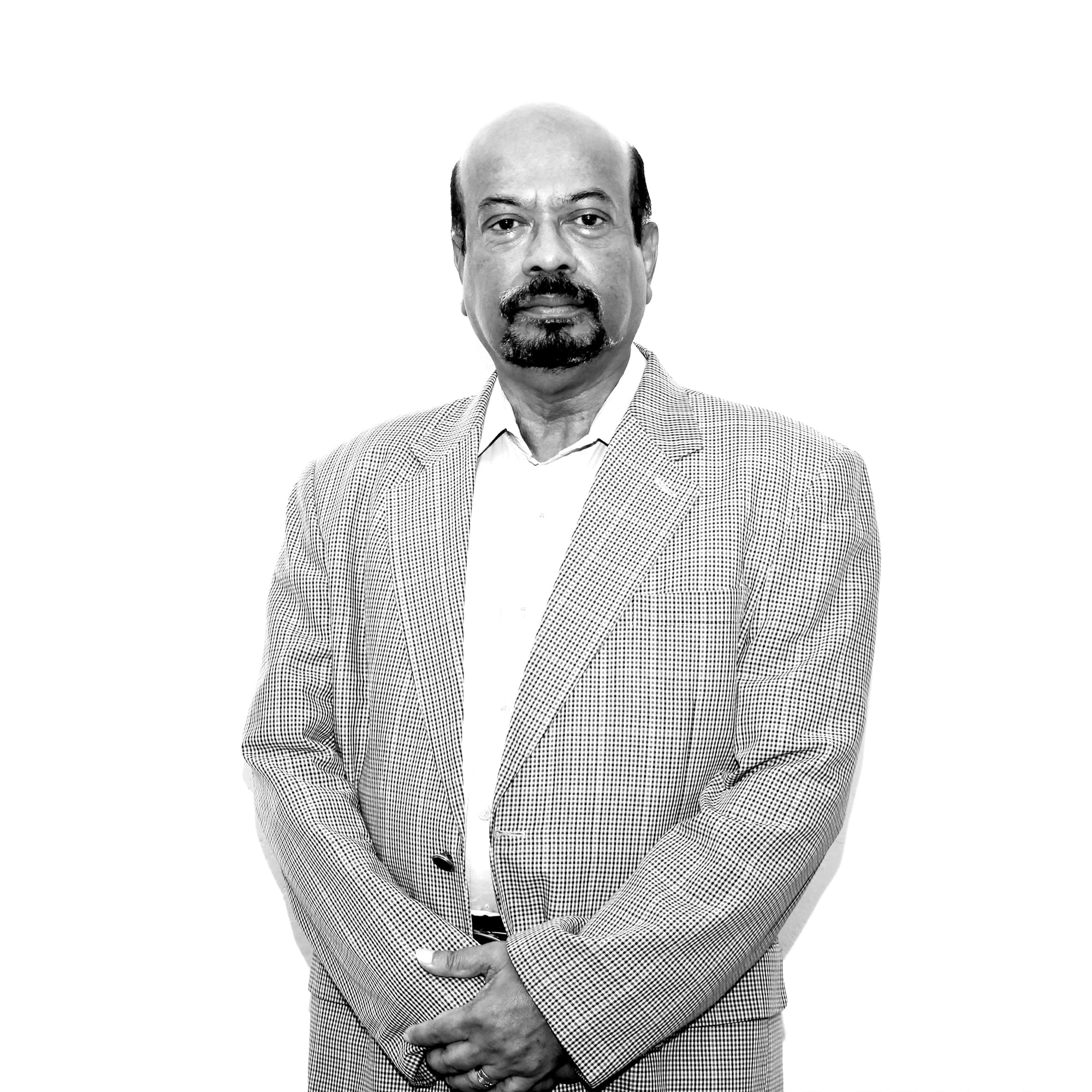 With over 40 years of experience in the banking sector, he brings much operational and financial know-how to the agency thus helping to ensure a smooth operation. He also works on CSR projects of the company, giving smiles to many lives and families around the country. 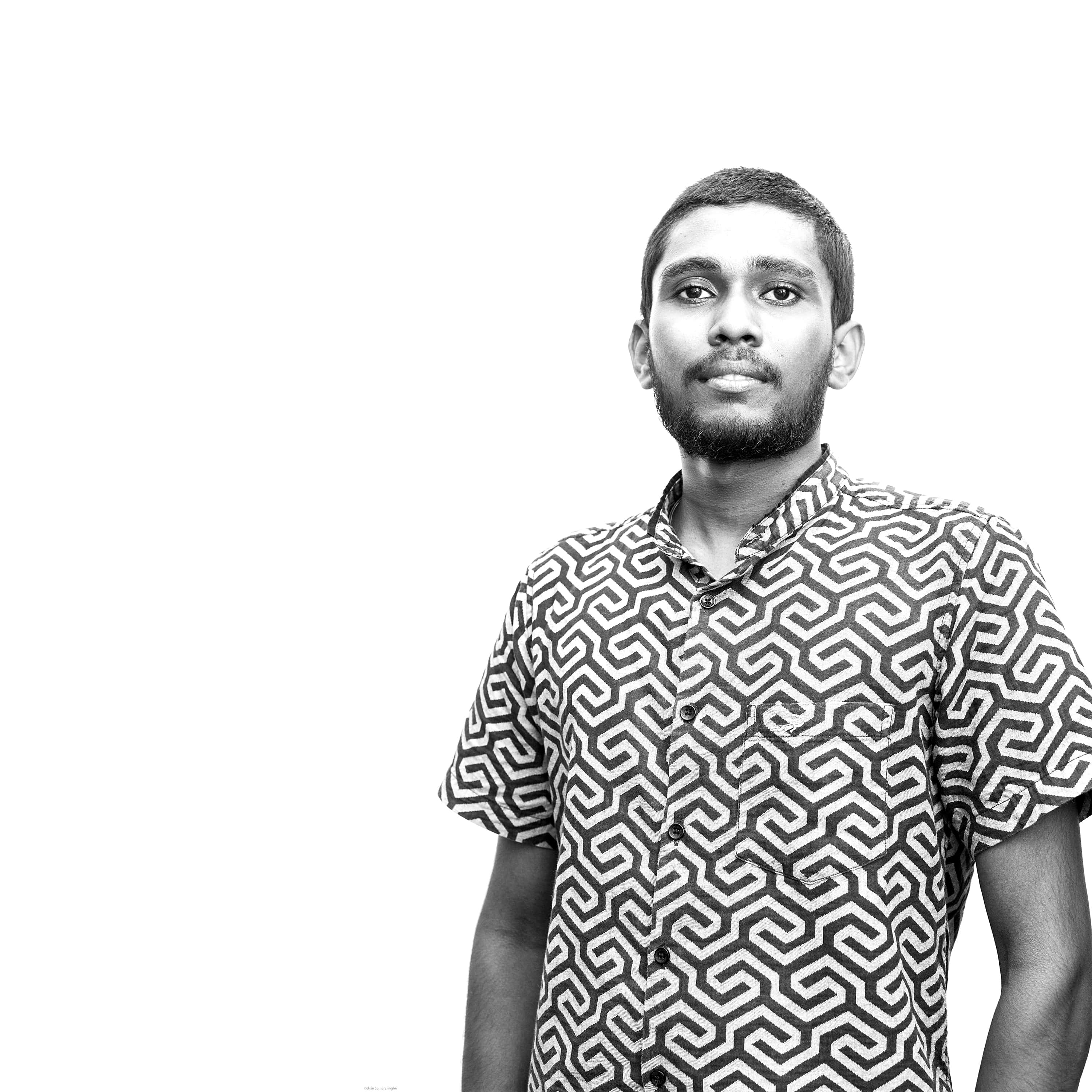 Joined 365° in 2017 with 4 years of prior experience in graphic designing and print production. He is a graduate from NAITA Sri Lanka with a strong understanding in design elements and creative conceptualising. At present Dilip works on a vast number of projects of which a few are Global Seafoods (GSF), Sri Lanka Technological Campus (SLTC), Nature’s Goodness (USA), Arie Hotels Negombo and the 75th Bradby Shield Coffee Table Book. 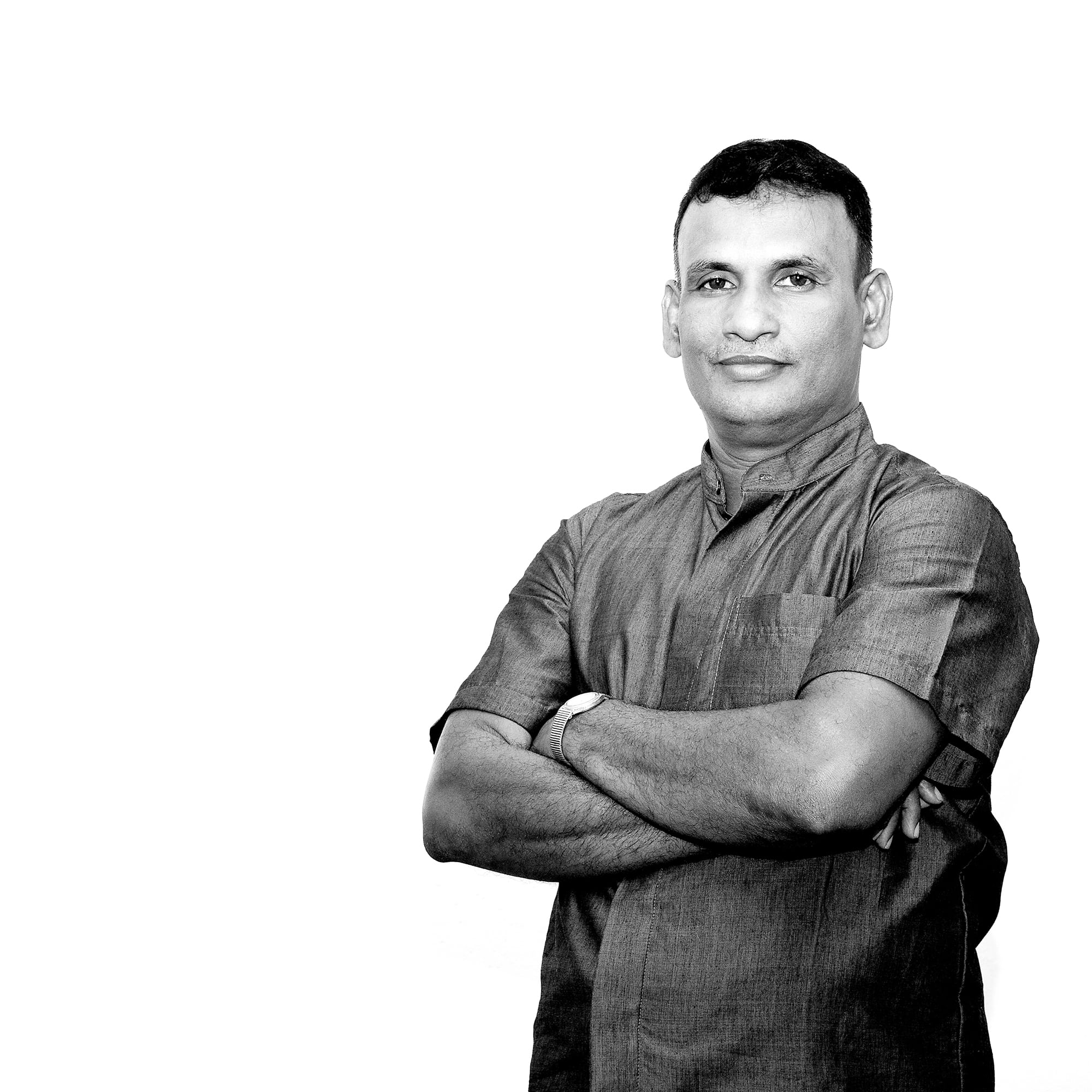 He has been the force behind all projects for the past 10 years working with 365°. He handles and coordinates delivery deadlines, banking and all other backend work. 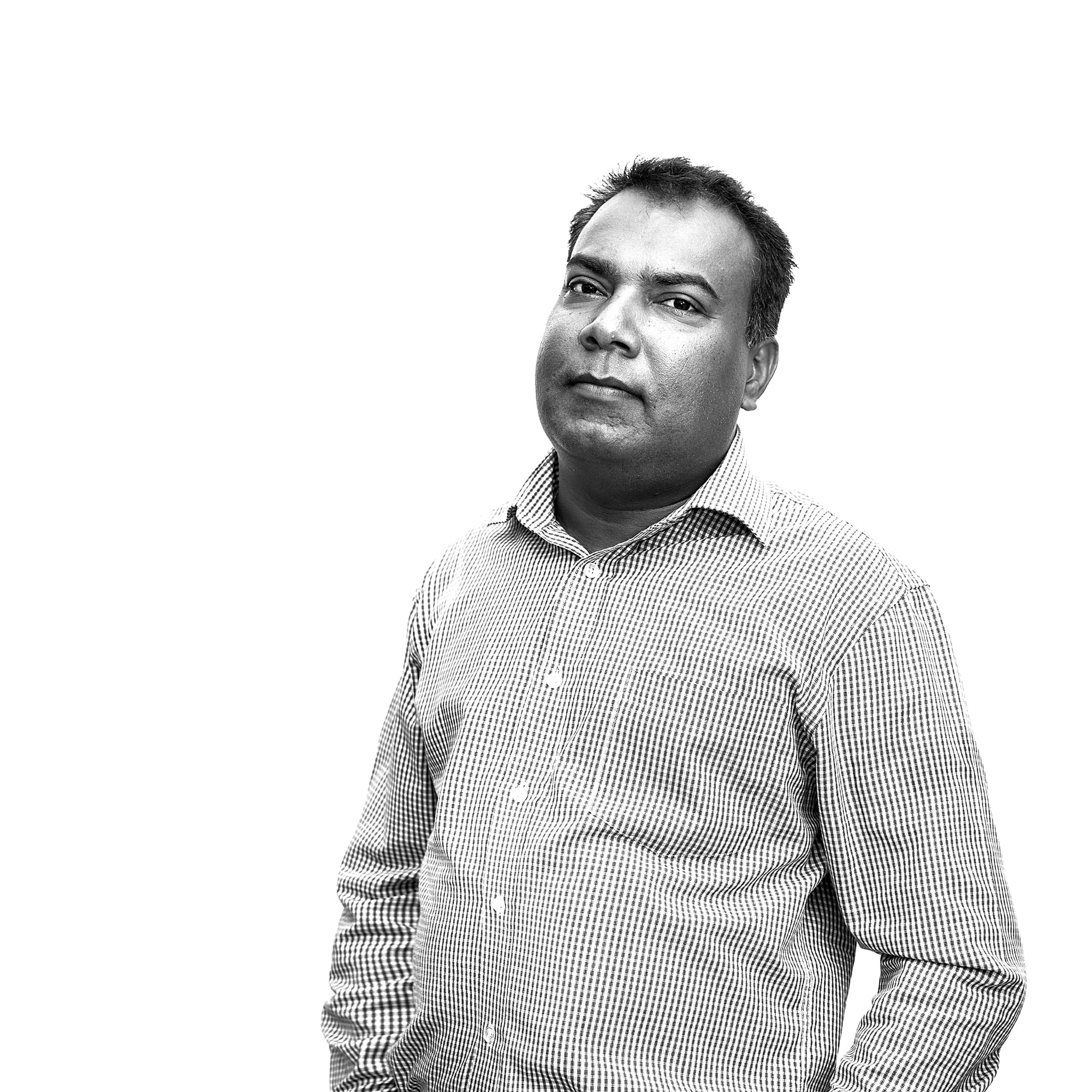 With over 20 years of experience in media and print production, he has been a part of the 365° team for the past 10 years. His strong focus and attention to detail is an invaluable asset to the entire team thus making every project have a smooth run, free of errors and delays. 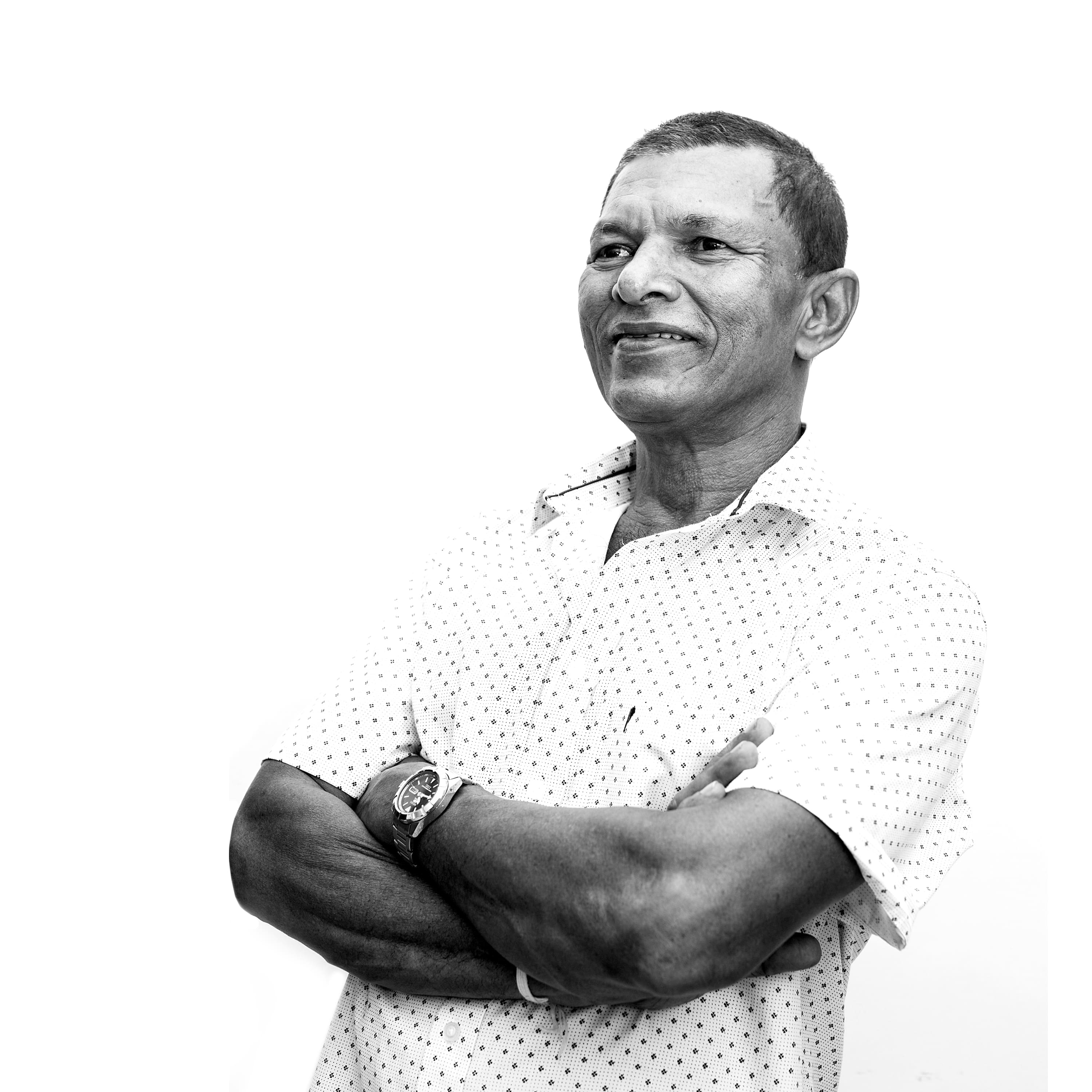 His great talent in final art production and drawing skills merged with the other strengths of the 365° team with the launch of Kingsbury Hotel Colombo. His sketching of all the halls, rooms and dining areas of the hotel for their sales booklet were praised and highly regarded by all at Kingsbury. He has progressed further since then working on projects such as 2 Leaf Tea, Viceroy Train, Arie Hotels Negombo and Land Rover. 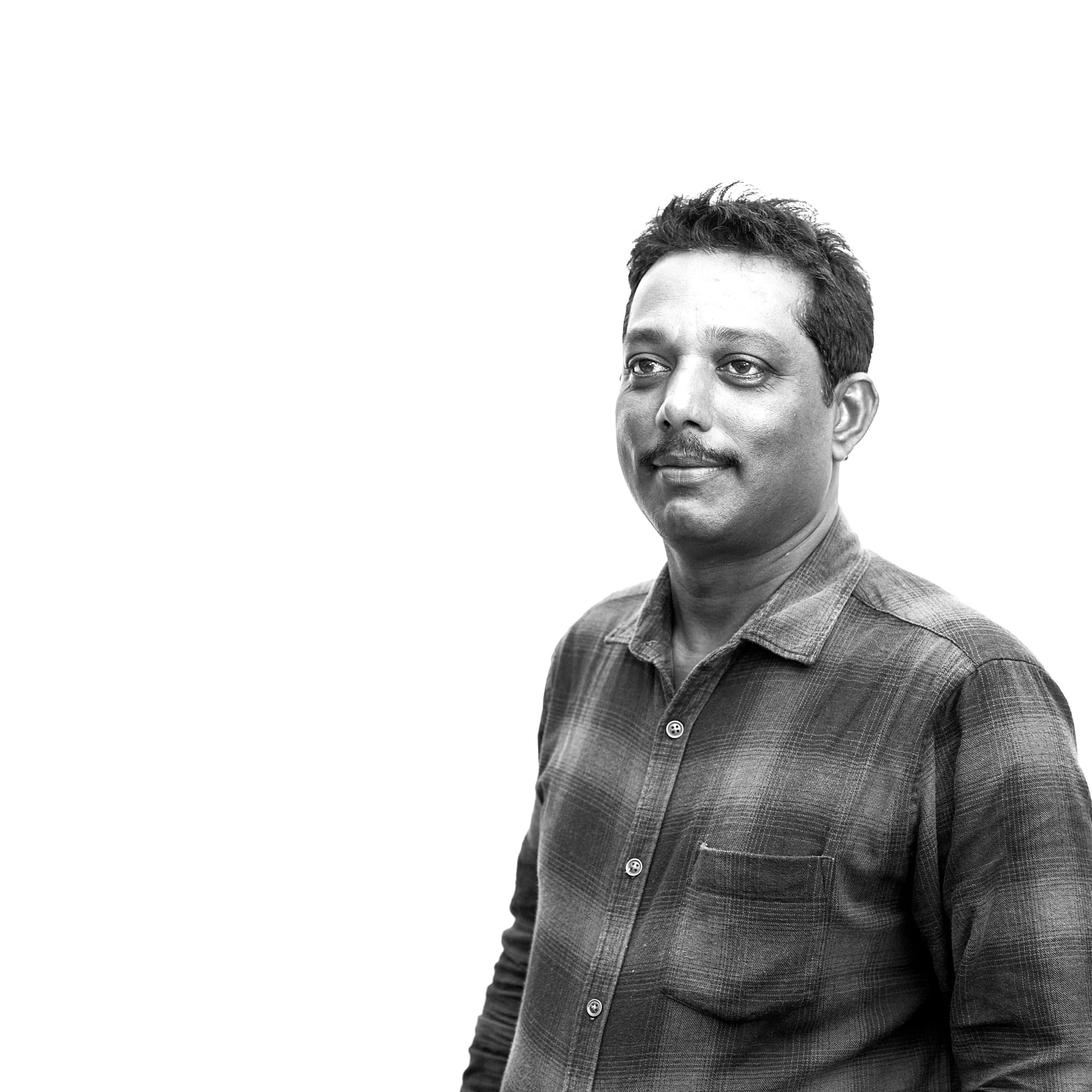 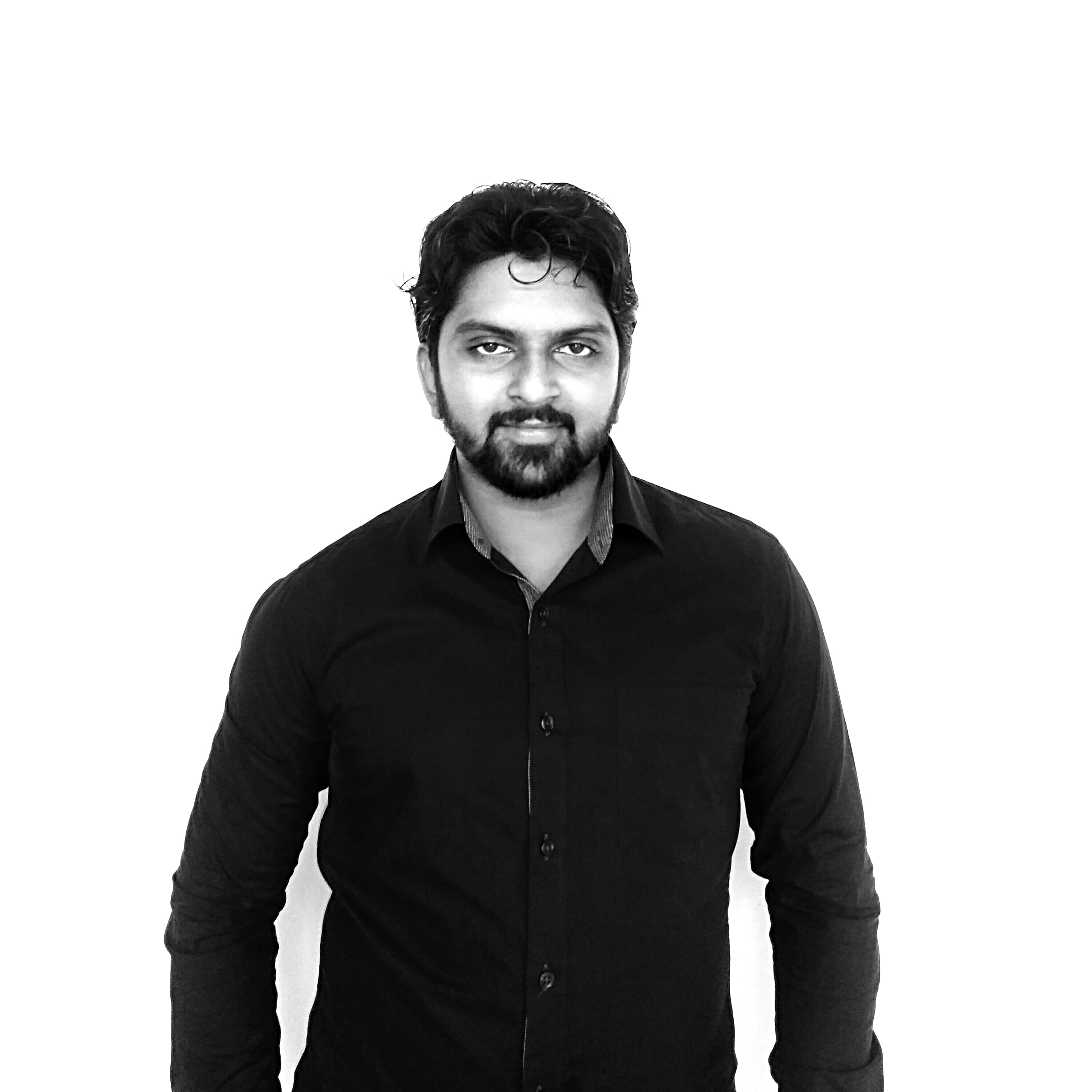